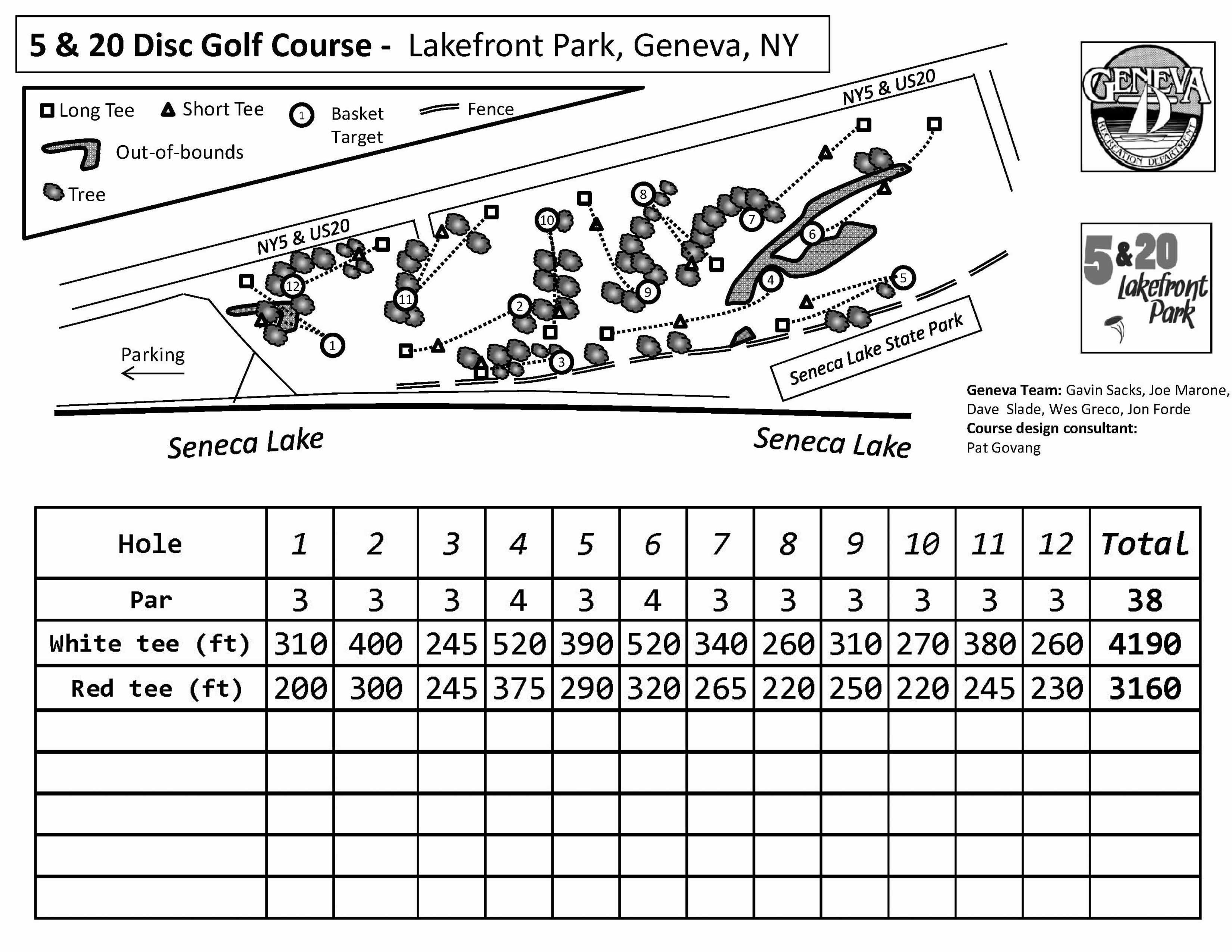 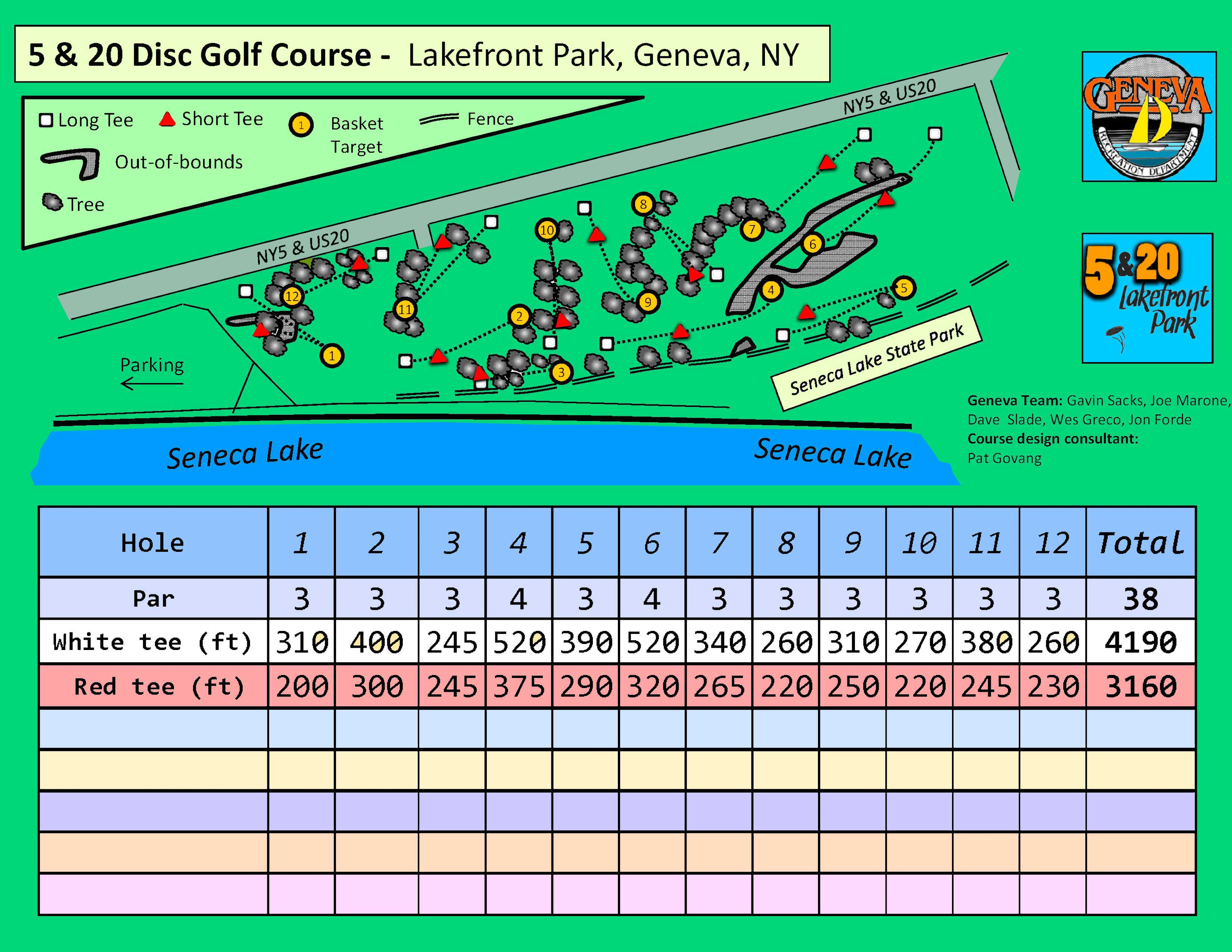 The rules are quite similar to the rules used in the game of “Club Golf”, including the matter of courtesy. It is only fair that your opponent’s turn to throw be without distraction, just as you would like it to be for yours. Do not throw your disc until you are sure its flight or landing, will not distract another player. Each hole starts with a tee-off, followed by subsequent throws until players reach the basket. Scoring is the same as ball golf. A stroke is counted each time the disc is thrown and when a penalty is imposed. Strokes are totaled to arrive at the game score. If completing in groups, the players with the fewest strokes wins. See disc golf rules for recreational play for more detailed rules.

Tee off order on the first tee will be by mutual arrangement or by flipping discs. The printed side is heads and the odd man should be first. Tee off order on all subsequent holes is determined by the score on the previous hole. The player with the lowest score tees off first.

Proper foot placement when throwing will require some practice. The foot that you put you weight on when you throw, i.e., the “plant” foot, must be as close as is reasonable to the front line of the tee or to the marker disc: in no case ahead of the line or disc, or more than 1 foot behind the line, or disc. The other foot can be any place you choose as long as it is no closer to the hole than the rear of the marker disc.

Follow through, (stepping past marker disc after throwing), is allowed on any throw except when putting, (any throw where the rear of the marker disc is within 10 meters of the hole). Falling forward to keep your balance after a putt is not allowed. This infraction is called a falling putt.

If the disc is stuck in a tree or a bush more than 2 meters above the ground, the marker disc is placed exactly beneath it and it is carefully removed from the tree. You have also just added one throw to your score. This is called a penalty throw. You may now proceed; however, take extreme care not to damage the tree or bush, or reshape them in any way to improve your throwing conditions. Some courses have “out of bounds” areas; or for the safety of the players. Observe the boundaries carefully and try to stay out. If your disc is “out-of-bounds” , i.e., you can see “out-of-bounds” area between the edge of your disc and the “inbounds” line, place your marker disc “inbounds” at the place where your disc went “out-of-bounds” and give yourself a one throw penalty. Again, please be careful of natural vegetation.

Water hazards are to be avoided because your disc will sink! If, however, you have been so unfortunate as to land in the water, play it like you do the “out-of-bounds” throw, and don’t forget to take a one throw penalty. If the disc is touching any shore above the water , it is “inbounds”. Standing water or mud on the course that is caused by sprinklers or rain is not considered “out-of-bounds” and the disc may be relocated to a dryer area no closer to the hole with no penalty.

A mandatory dog-leg is sometimes used to keep players out of alternate-use areas or to make a particular hole more difficult. It is normally designated as such on the tee sign. The arrow indicates the side and direction the disc must pass. If your disc goes on the wrong side, it can be thrown back on either side of the dog-leg and then passes as the arrow indicates.

Leave it better than you found it. Unfortunately, there are usually litterbugs found on every disc golf course. The 5 & 20 course is set in a beautiful area that many people share for many different reasons. Please be respectful & pick up after yourself.